As our cultural values shift, there is one traditional institution that has been talked to death.

What is happening to it?  Is it changing?  For the better or for the worse?

How do we define it?  Legally?  Spiritually?  Emotionally?  All of the above?

In regard to human rights, it should always be defined and considered from a legal and rational standpoint.  Though, it is certainly not just a legal bond, people should never have to prove that they are worthy of the right to marry.

Of course, there are those who think that marriage can only be sanctified between a man and woman in a church or temple.  They have a right, of course, to their opinion.  But, they can’t force that opinion upon everyone else.

That’s why the gay marriage ruling was such a huge deal.  It was the first time in a while that a minority group was granted such a HUGE right.  It’s huge because it is basic.  The monumental nature of this change in our culture has to do with just that fact.  It’s basic.  It should be a right that we all enjoy.  It’s absurd that people had to fight so long to have the freedom to live their lives and build their families as they see fit.

There is a great deal of joy that will come from marriage and family and I love being married to my heterosexual husband.  It is a special thing.  To deny any human the right to experience it is, in short, inhumane.

Marriage is a beautiful thing, but it isn’t easy.  That’s why I, personally, find it so valuable.  It is a chance to tie your life to another human and share in the ups and downs of this wild ride.  Marriage provides the opportunity for a great deal of learning and growth.  It is particularly valuable in teaching us how to be selfless. It’s a long road… not a sprint, but a journey.

That’s why we have seen such a rise in divorce.  When the going gets tough, many people hit the door.  Or worse, they cheat or lie.  Being consistent, responsible, honest and caring are at the center of a great marriage and it is really hard to keep that up.

Is the rising divorce rate a sign of the breakdown of American society or merely a shift in the way people look at marriage?  Some divorcees take the attitude that two people can have “a great run” – have some kids, buy a house, enjoy one another – and then be ready to move on.

There are plenty of people out there who believe that marriage just does not work anymore.  It’s an old carryover from another time, they say.  It is not practical or necessary in the modern world.

Is the very idea of marriage outdated?  Is it unnecessary?

Is it archaic to expect two people to stay in a monogamous relationship forever?

Are we going against our natural instincts?

I would say YES and NO.

I do see that marriage, as it has been traditionally defined, can be completely in contradiction to human nature.  However, it is important to remember just how much humans need, crave and thrive off of intimate social connections.  Does that HAVE to be a marriage?  Of course not.  Is marriage a great way to do that? Yes.

It is not a threat to marriages across the world if people who are unmarried decide to stay that way.  It doesn’t change anything, in my daily life, if a gay couple can get married. (The ruling actually did very much affect my life, as my sister in law and her wife will able to marry, but you get my meaning.)

There is this notion (out there in the cultural ether) that marriage and family are disintegrating before our very eyes.  Conservative Christians feel that we are sliding down a very slippery slope. If you believe, as those people do, that families should be run by heterosexual couples who live in the same home and all eat dinner together and go on vacations each summer, then the American family may be falling apart.

I am a married heterosexual woman with two kids, a dog and a cat.  We have a front porch and a big backyard.  I cook dinner every night. We live simply and take care of our small family.   In short, I believe in many traditional family values.  But, I also know that no two people (and, it follows, no two families) are the same.  I am OK with the fact that things are changing because I am not self-righteous or egocentric enough to believe that my way is the only way.

Do children benefit from solid, secure families and safe homes?  Of course.  That’s not up for debate.  However, as any single mom (or dad) can tell you, plenty of awesome people have been raised in less than traditional homes.  Even kids of gay people (gasp!) are doing just fine.  It seems that a safe home and a solid foundation can come in many shapes and sizes.

I don’t believe that the modern American family is changing for the worse.  I think it is changing for the better. I am stoked that gay people can get married, that bi-racial kids are becoming so much more “normal” and that dads are raising kids on their own.

But, it doesn’t really matter what I think  about that.  When gay marriage was legalized I jumped for joy because I knew that America had, once again (at long last), done the right thing. We had put people’s rights and liberties first, regardless of any opinions, beliefs or long-held ideas.

I truly, and with all of my heart, love America and what it stands for.  I believe that we are some of the strongest, smartest people in the world.  I believe that America was built on some fantastic values.  I would not want to live anywhere else.  So, I am glad to know that our country (though it may take us a while) usually ends up doing the right thing. 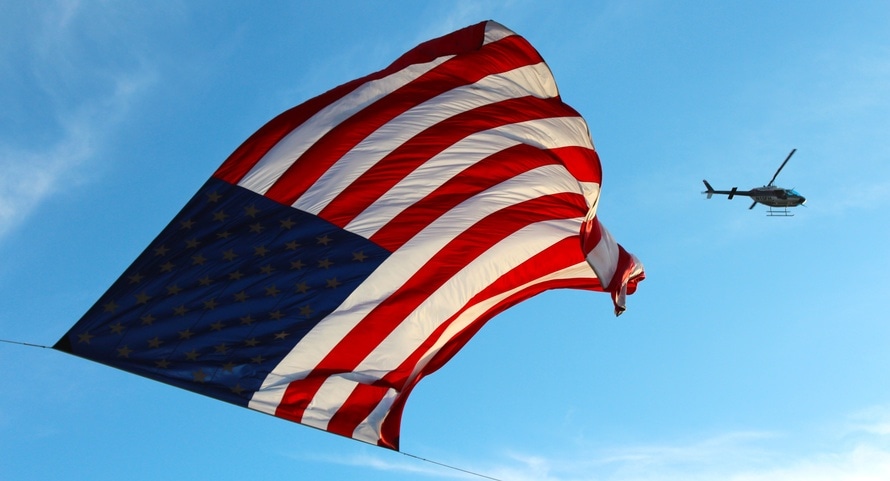 In my opinion, the changing landscape of marriage is a sign that America is going BACK to its roots.  It’s going back to the Constitution and back to what the founding fathers were working for.  I see it as a step forward, rather than a step back… But, then, I guess that may be because I am not threatened and scared of it.

One thought on “Is Marriage an Outdated Institution?”