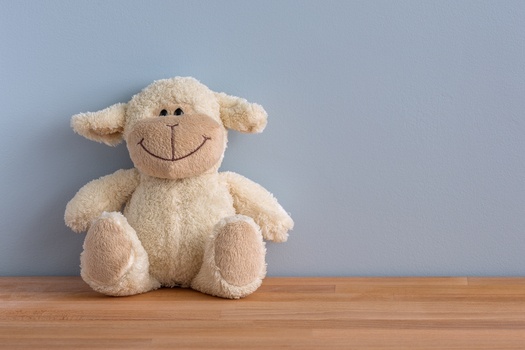 This didn’t JUST happen.  It actually happened 3 years ago with my boys when they were still babies… and now I find it hysterical!

I am writing this post for 2 reasons: 1.  I bet it makes some of you (especially parents) laugh and 2.  I want to remember every single detail of this incident so I can remind Liam of it when he is about 15 and then every couple of months thereafter.

I am not exaggerating or adding anything to this story.  This is EXACTLY what happened. I just texted Daniel and told him that even I, a relatively seasoned mother at this point, was shocked by what just took place. This is my life.  Welcome to it.

As all parents will understand, I am intimately acquainted with my kids’ bowel movements.  I know exactly when they poop usually, how much, what it should look like and smell like and whether anything seems “off” with their pooping habits.  I know to single childless people this sounds both gross and probably insane but it’s just true.  With that said, I won’t go into too much detail and just say that Liam has been constipated.  When I realized this, I did what any good parent would do and set to work remedying the issue.  My typical solution is juice and fruit so for the last 36 hours or so his diet has been heavy in both.

After a lunch of apples, peaches, Cheerios, juice (and a couple of pieces of turkey for good measure) I did what I always do.  I got the boys ready for our daily walk.  I always get them a fresh diaper, bundle them up if its cool and off we go.  I was dismayed that when I went to change Liam’s diaper before our walk he had not yet… well… you know.

When they were ready I grabbed Derek and put him in the stroller. This requires a fair amount of strapping and, though he loves the stroller and riding in it, he hates being strapped in.  He fussed and whined but I got him strapped. With the door open so I could see Derek I went to get Liam from his playpen.  I realized at this point that he had finally pooped.  Success!  BUT Derek was outside in the stroller so I had to think quick. Taking him out and bringing him back in would cause a total  meltdown on his part which usually leads to a total meltdown on Liam’s part… sooo…  I ran to Liam’s room grabbed his wipes and a diaper and ran back outside so as not to leave Derek alone.  I changed Liam in the grass. Little bits of sticks and dirt kept clinging to him but I eventually got him clean and freshly diapered.  Had the story ended here it would have been chuckle worthy.  “What terrible timing the kid has!” I would say as I laughed and told Daniel about it this evening.  But no… the plot thickens.

We then went on our 45 minute walk.  Around minute 10 I noticed a strange smell but thought it was just some strange odor in the neighborhood – road kill, perhaps or someone’s garbage can overturned.  It wasn’t until minute 20 or so (20 minutes from home now, you must remember) that I realized the smell wasn’t going anywhere.  It seemed to be following us.  Or… was it us?  My first instinct was to sniff Derek but when he came up smelling like a rose, I turned my attention to the front of the stroller.  I didn’t have to smell Liam because it was all the way down to his shoes, in his pants and up his waist.  How it had worked itself all over his body I will never know but what I did know was I was going to have to bring him back the 20 minute walk in the other direction covered in his own feces.  I felt awful but had no choice.  I walked as fast as I could and jogged some too (a lot more difficult than it sounds with 45 pounds of baby in a stroller).  We made it home in about 13 minutes.

I immediately grabbed Liam out of the stroller, ran inside, tossed him in his playpen, ran back outside and grabbed Derek, set him in his chair and then started the bath.  While the bath was running I tore Liam’s clothes off and went to wipe off the poo streaming down his legs only to suddenly remember that the wipes were still sitting on the porch.  I considered opening a new pack or running to Derek’s room but I was terrified of what Liam would do in the meantime and by this time Derek was starting to cry.  Sooo I just put Liam in the bath tub and sprayed him down, emptied the water and then filled the bath again.  I scrubbed him quickly and then put him in a diaper and put him in his playpen and put on Megamind (a personal lifeline).    I debated whether leaving him pantless was smart because he has been known to take his diaper off but felt confident that he would be sufficiently distracted by Megamind and, surely, he had no more poop left, right?  And poor Derek was crying.  He was hungry.

I actually had this thought: ‘Oh well.  If he takes his diaper off it will only be pee…”

I then ran and made Derek a bottle and as I was feeding him tried to keep an eye on Liam to make sure he left his diaper alone.  I said twice, “Let me see your diaper” and he stood where I could see that it was securely fastened.  I then made the fatal mistake of closing my eyes.  I just wanted a moment of peace and quiet.  Neither of them was crying.  They were both content.  I just closed my eyes for probably one minute, maybe 90 seconds.The next thing I knew I heard a THUD followed by Liam yelling, “Yuck!”  I opened my eyes to find him totally naked sitting in his little arm chair smearing poop on the arms and back of it.  His diaper was laying at my feet… filled with poop.